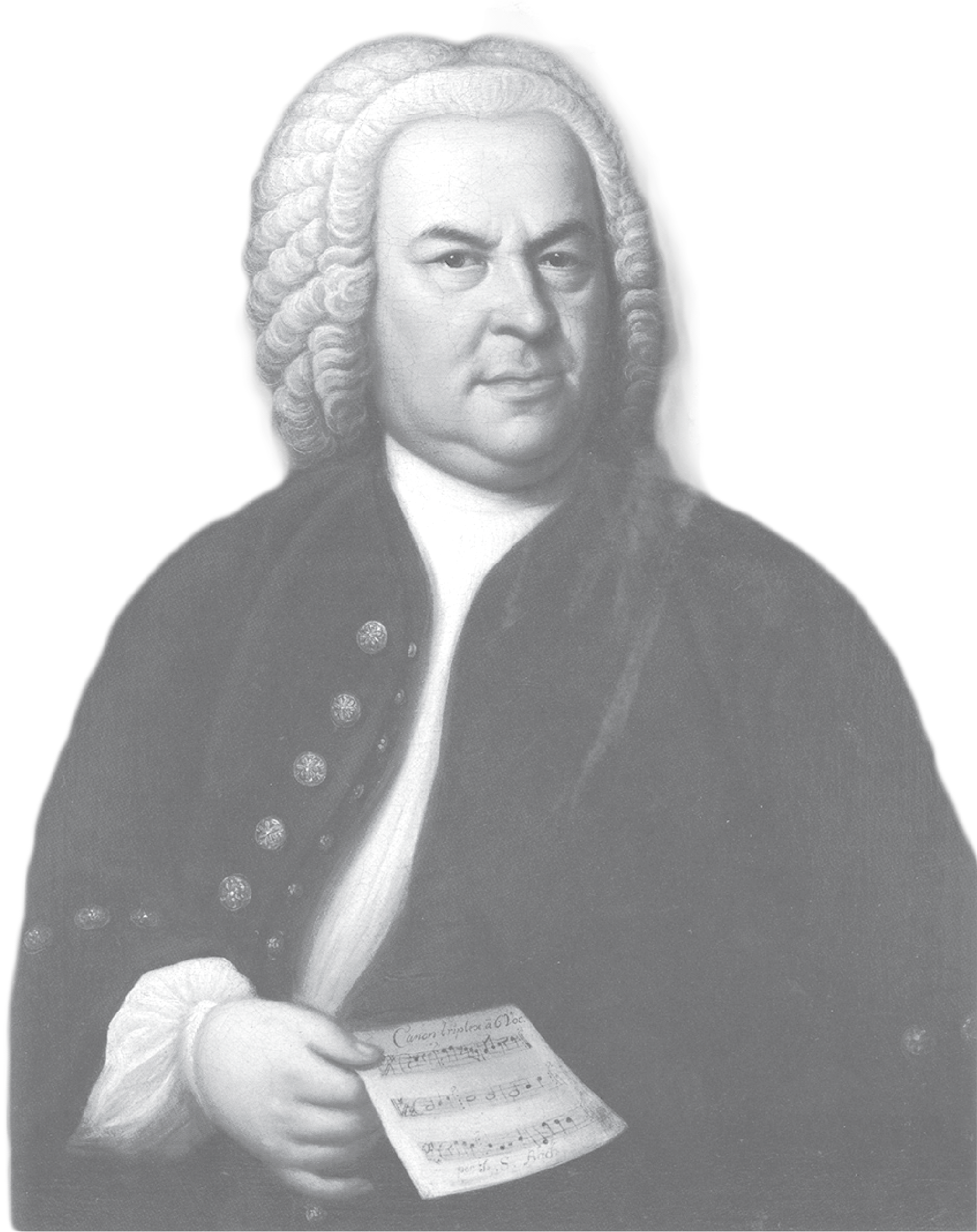 Principal Harp, Carolyn Munford, performs Tailleferre's Concertino, along with Bach's orchestral and Stravinsky's Pulcinella suites. Live concert on March 20 and the concert is available on demand through March 27, 2021.

Live concert on March 20 and the concert is available on demand through March 27, 2021.

This concert is dedicated to Dr. Helmut Albrecht for his assistance with musician COVID testing, and in recognition of the medical personnel of Prisma Health, Lexington Medical Center, the UofSC School of Medicine, and School of Pharmacy, and the entire healthcare community in South Carolina.

All healthcare professionals can view our virtual streaming concerts for free by filling out this form.

Thank you to Gloriosa Florist for generously donating the flowers for our featured soloists tonight.

The four orchestral suites (called ouvertures by their author), BWV 1066–1069 are four suites by Johann Sebastian Bach. The name ouverture refers only in part to the opening movement in the style of the French overture, in which a majestic opening section in relatively slow dotted-note rhythm in duple meter is followed by a fast fugal section, then rounded off with a short recapitulation of the opening music. More broadly, the term was used in Baroque Germany for a suite of dance-pieces in French Baroque style preceded by such an ouverture.

This genre was extremely popular in Germany during Bach's day, and he showed far less interest in it than was usual: Robin Stowell writes that "Telemann's 135 surviving examples [represent] only a fraction of those he is known to have written"; Christoph Graupner left 85; and Johann Friedrich Fasch left almost 100. Bach did write several other ouverture (suites) for solo instruments, notably the Cello Suite no. 5, BWV 1011, which also exists in the autograph Lute Suite in G minor, BWV 995, the Keyboard Partita no. 4 in D, BWV 828, and the Overture in the French style, BWV 831 for keyboard. The two keyboard works are among the few Bach published, and he prepared the lute suite for a "Monsieur Schouster," presumably for a fee, so all three may attest to the form's popularity.

Scholars believe that Bach did not conceive of the four orchestral suites as a set (in the way he conceived of the Brandenburg Concertos).

Marcelle Germaine Taillefesse was born at Saint-Maur-des-Fossés, Val-de-Marne, France, but as a young woman she changed her last name to "Tailleferre" to spite her father, who had refused to support her musical studies. She studied piano with her mother at home, composing short works of her own, after which she began studying at the Paris Conservatory where she met Louis Durey, Francis Poulenc, Darius Milhaud, Georges Auric, and Arthur Honegger. At the Paris Conservatory her skills were rewarded with prizes in several categories. Most notably, Tailleferre wrote 18 short works in the Petit livre de harpe de Madame Tardieu for Caroline Luigini, the Conservatory’s Assistant Professor of harp.

With her new friends, she soon was associating with the artistic crowd in the Paris districts of Montmartre and Montparnasse, including the sculptor Emmanuel Centore who later married her sister Jeanne. It was in the Montparnasse atelier of one of her painter friends where the initial idea for Les Six began. The publication of Jean Cocteau's manifesto Le coq et l'Arlequin resulted in Henri Collet's media articles that led to instant fame for the group, of which Tailleferre was the only female member.

In 1923, Tailleferre began to spend a great deal of time with Maurice Ravel at his home in Montfort-l'Amaury. Ravel encouraged her to enter the Prix de Rome Competition. In 1926, she married Ralph Barton, an American caricaturist, and moved to Manhattan, New York. She remained in the United States until 1927, when she and her husband returned to France. They divorced shortly thereafter.

Tailleferre wrote many of her most important works during the 1920s, including her First Piano Concerto, the Harp Concertino, the ballets Le marchand d'oiseaux (the most frequently performed ballet in the repertoire of the Ballets suédois during the 1920s), La nouvelle Cythère, which was commissioned by Sergei Diaghilev for the ill-fated 1929 season of the famous Ballets Russes, and Sous les ramparts d'Athènes in collaboration with Paul Claudel, as well as several pioneering film scores, including B'anda, in which she used African themes.

The 1930s were even more fruitful, with the Concerto for Two Pianos, Chorus, Saxophones, and Orchestra, the Violin Concerto, the opera cycle Du style galant au style méchant, the operas Zoulaïna and Le marin de Bolivar, and her masterwork, La cantate de Narcisse, in collaboration with Paul Valéry. Her work in film music included Le petit chose by Maurice Cloche and a series of documentaries.

At the outbreak of World War II, she was forced to leave the majority of her scores at her home in Grasse, with the exception of her recently completed Three Études for Piano and Orchestra. Escaping across Spain to Portugal, she found passage on a boat that brought her to the United States, where she lived the war years in Philadelphia, Pennsylvania.

After the war, in 1946, she returned to her home in France, where she composed orchestral and chamber music, plus numerous other works including the ballets Paris-Magie (with Lise Delarme) and Parisiana (for the Royal Ballet of Copenhagen), the operas Il était un petit navire (with Henri Jeanson), Dolores, La petite sirène (with Philippe Soupault, based on Hans Christian Andersen's story "The Little Mermaid"), and Le maître (to a libretto by Ionesco), the musical comedy Parfums, the Concerto des vaines paroles for baritone voice, piano, and orchestra, the Concerto for Soprano and Orchestra, the Concertino for Flute, Piano, and Orchestra, the Second Piano Concerto, the Concerto for Two Guitars and Orchestra, her Second Sonata for Violin and Piano, and the Sonata for Harp, as well as an impressive number of film and television scores. The majority of this music was not published until after her death.

Germaine Tailleferre continued to compose right up until a few weeks before her death, on 7 November 1983 in Paris.

Pulcinella is a one-act ballet by Igor Stravinsky based on an 18th-century play, Quatre Polichinelles semblables ("Four identical Pulcinellas"). Pulcinella is a stock character originating from commedia dell'arte.

The ballet premiered at the Paris Opera on 15 May 1920 under the baton of Ernest Ansermet. The dancer Léonide Massine created both the libretto and choreography, and Pablo Picasso designed the original costumes and sets. The ballet was commissioned by Sergei Diaghilev, impresario of the Ballets Russes.

A performance of the work typically lasts 35 minutes. The ballet score was revised by Stravinsky in 1965.

Pulcinella is taken from a manuscript from Naples, dating from 1700, containing a number of comedies portraying the traditional character of the popular Neapolitan stage. This libretto was derived from Quatre Polichinelles semblables ("Four identical Pulcinellas").

The one-act ballet features Pulcinella, his girlfriend Pimpinella, his friends Furbo, Prudenza and Rosetta, and Florindo and Cloviello. The story starts with Florindo and Cloviello serenading Prudenza and Rosetta. The two women are unimpressed and reply by showering the suitors with water. Prudenza's father, a doctor, appears and chases them away.

A new episode begins with Rosetta, when her father appears. Rosetta dances for Pulcinella and they kiss. But Pimpinella sees this and interrupts them. Florindo and Cloviello arrive and, jealous of Pulcinella, they beat him up. Pulcinella is stabbed, but this is a set-up event to gain Pimpinella's forgiveness of him. Furbo, disguised as a magician, comes and appears to resurrect Pulcinella in front of everybody. Pimpinella forgives Pulcinella, and Prudenza and Rosetta succumb to Florindo's and Cloviello's wooing. The ballet ends with the marriages of the three couples.

Carolyn Munford is sponsored by BB&T/Trust