Join us for a virtual streaming concert to launch our innovative 2020/2021 season.

Please join us - online - as we kick off our 2020/2021 concert season with a symphonic work that reminds us that we can celebrate resilience and unity, even during this time when we cannot all be together in the concert hall.

Appalachian Spring is available on our YouTube channel through Friday, December 4, 2020.

Thank you for enjoying our streaming program! The average price of a concert ticket is $25. Please consider donating today or through December 31st, 2020. Your donation will be matched 1:1 up to $10,000 from an anonymous Philharmonic benefactor.
Click here to donate 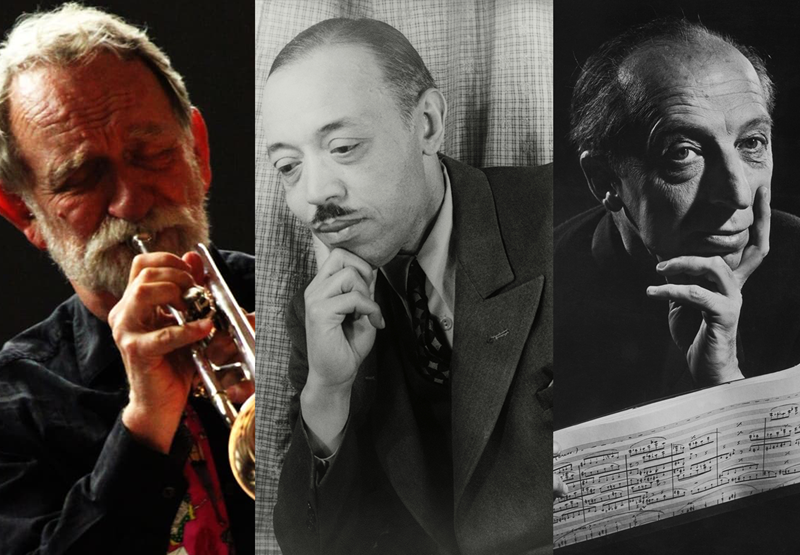 There is a famous German dance hall outside of Austin, Texas – well, really outside of Pflugerville, TX to be more precise – that dates back to 1876. For decades Dessau Hall hosted about every major traveling music act…from polka bands to the dance orchestras of Glenn Miller, Woody Herman, Guy Lombardo, Tommy Dorsey, Artie Shaw and Stan Kenton, to country artists like Bob Wills and the Texas Playboys, Loretta Lynn, Hank Williams, Ernest Tubb and Willie Nelson. Even Elvis Presley played there several times. Programs were often broadcast over KTBC which was owned by then-Senator Lyndon Johnson and his wife Lady Bird. I recall performing at Dessau Hall with different territory bands…and remember that there was a big oak tree growing out of the dance floor and up through the roof.

I thought that it would be fun to abstract rhythms from three popular dances that we were always asked to play at Dessau Hall – a schottische, a waltz and a polka. The evenings also featured promenades – little marches that would stop abruptly providing a kind of musical chairs to identify the next dance partner. So I decided that "Dessau Dances" needed a promenade theme to open the set and tie each of the movements together.

Often referred to as the "Dean of Afro-American Composers", Still was the first American composer to have an opera produced by the New York City Opera. Still is known primarily for his first symphony, Afro-American Symphony (1930), which was until 1950 the most widely performed symphony composed by an American.

Born in Mississippi, he grew up in Little Rock, Arkansas, attended Wilberforce University and Oberlin Conservatory of Music, and was a student of George Whitefield Chadwick and later Edgard Varèse.

Due to his close association and collaboration with prominent African-American literary and cultural figures, Still is considered to be part of the Harlem Renaissance movement.

Appalachian Spring is a musical composition by Aaron Copland that premiered in 1944 and has achieved widespread and enduring popularity as an orchestral suite. The music, scored for a thirteen-member chamber orchestra, was created upon commission of the choreographer and dancer Martha Graham with funds from the Coolidge Foundation. It premiered on Monday, October 30, 1944, at the Library of Congress in Washington D.C., with Martha Graham dancing the lead role. The set was designed by the American sculptor Isamu Noguchi. Copland was awarded the 1945 Pulitzer Prize for Music for his achievement.

In 1942, Martha Graham and Elizabeth Sprague Coolidge commissioned Copland to write a ballet with "an American theme". Copland did the bulk of the work in 1943/44, and the work premiered at the Library of Congress on Oct. 30, 1944, with Graham dancing the lead role. In 1945, Copland was commissioned by conductor Artur Rodzinski to rearrange the ballet as an orchestral suite, preserving most of the music.

Originally, Copland did not have a title for the work, referring to it simply as "Ballet for Martha"—a title as simple and direct as the Shaker tune 'Tis the Gift to be Simple quoted in the music. Shortly before the premiere, Graham suggested Appalachian Spring, a phrase from a Hart Crane poem, "The Dance" from a collection of poems in his book "The Bridge."

And northward reaches in that violet wedge

Because he composed the music without the benefit of knowing what the title was going to be, Copland was often amused when people told him he captured the beauty of the Appalachians in his music, a fact he alluded to in an interview with NPR's Fred Calland.[8] Little known is that the word "spring" denotes a source of water in the Crane poem; however, the poem is a journey to meet springtime.

Musicians for this Concert