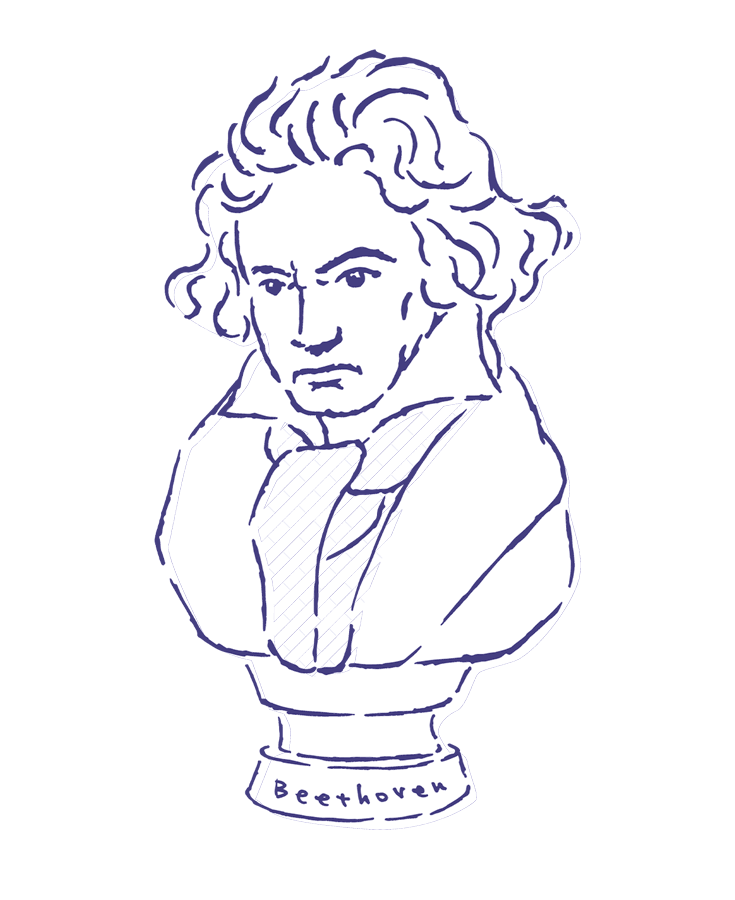 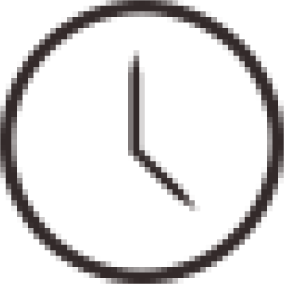 FYI - The Koger Center Box Office is closed December 24, 2019 - January 2, 2020. During this time you may purchase tickets online through the link below.

Records from a Vanishing City
Jessie Montgomery
b. 1981

Jessie Montgomery composed Records from a vanishing City in 2016 for the Orpheus Chamber Orchestra. She writes:

“Records from a vanishing City is a tone poem based on my own recollection of the music that surrounded me growing up on Manhattan's Lower East Side in the 80s and 90s. Artists, truth seekers and cultures of all kinds defined our vibrant community. The embracing diversity burst out with an effortless everydayness in block parties, festivals, and shindigs of every sort. Partly because my parents were artists but also because I just couldn't help it I soaked up what surrounded me: Latin jazz, alternative rock, Western classical, avant-garde jazz, poetry, Caribbean dance music, to name a few.

“A year before completing this work, a very dear family friend passed away and it was decided that I would be the one to inherit a large portion of his eclectic record collection. James Rose was one of the many suns in the Lower East Side cosmos who often hosted parties and generous gatherings for our extended artist family.  His record collection was a treasure trove of the great jazz recordings of the 50s, 60s and beyond – he was mad for John Coltrane, but also Miles Davis, Thelonious Monk, and-and-and – as well as traditional folk artists from Africa, Asia and South America. In the process of imagining the music for tonight's concert, a specific track on a record of music from Angola caught my ear: a traditional lullaby which is sung in call and response by a women's chorus. This lullaby rang with an uncanny familiarity in me. An adaptation of this lullaby and the rhythmic chant that follows it appears in each of the three main sections of Records. This piece is dedicated to the memory of James Rose.”

Montgomery is a violinist, composer and educator with a graduate degree in Composition and Multimedia from New York University. She is a member of the Catalyst Quartet, and is a collaborator touring with cellist Yo-Yo Ma’s Silk Road Ensemble. Among her many contributions to musical organizations in the New York area, she performs and composes for the Sphinx Organization. Sphinx’s performing arm, The Sphinx Virtuosi, travel the country performing and modeling the opportunities for aspiring African American and Latino classical musicians. A review of her debut album, Strum, Music for Strings, sums up her eclectic musical style: “The album combines classical chamber music with elements of folk music, spirituals, improvisation, poetry and politics, crafting a unique and insightful new-music perspective on the cross-cultural intersections of American history.”

While many of Beethoven’s symphonies broke new ground, the Sixth is both innovative – as it prefigures the Romantic tone poems – and traditional. Beethoven and his audience were readily able to attach literary, emotional or extra-musical concepts to music. His Wellington’s Victory was the latest in a long tradition of musical battles dating back to the Renaissance. And of course, there were musical models for many of the images in the Sixth Symphony – Vivaldi’s Four Seasons and bucolic Christmas pastorals with bagpipe drones, as in Handel’s Messiah or Corelli’s Christmas Concerto – not to mention an extensive vocabulary of rhetorical musical figures from the Baroque, bird calls and other perennial tone painting devices.

But Beethoven seemed to be searching for something different, an ideal way to portray and “express” nature. "Any painting, if it is carried too far in instrumental music, loses expressive quality...The overall content, consisting of more feelings than of tone paintings, will be recognized even without further description," he wrote in his sketchbook while working on the Sixth Symphony. This and other notes to himself as he worked reveal the Symphony as more than a sentimental outpouring. Here was another of the composer’s creative challenges to be met in the context of his trajectory of self-fulfillment as an artist. As Beethoven’s biographer, Barry Cooper, puts it: “He was faced with two main problems in writing a symphony in the pastoral style: the first was to prevent the music from degenerating into scene-painting or story-telling; the second was to combine the pastoral style, leisurely and undramatic, with the thrust and dynamism of the symphonic style.”

Beethoven wrote more words about the Sixth Symphony than about any of his other compositions. He provided descriptive titles to each of the five movements, while at the same time commenting that the music was self-explanatory and needed no titles. The first movement, “Cheerful feelings awakened on arriving in the country,” builds up none of the intense tension so common in Beethoven's first movements, being instead an unhurried study in tranquility. The murmuring accompaniment in the second movement, “Scene by the brook,” captures the sound of a flowing brook interspersed with the birdcalls and chirping insects – all within a tradition in tone painting common since the Renaissance.

In a break with the classical symphonic structure, the last three movements run together as a continuous quasi-narrative entity. The third movement, “Merry gathering of country folk,” suggests a village band with the lower strings imitating the drone of a bagpipe. The dance is interrupted by the “Thunderstorm,” a superb impressionistic evocation of lightning, thunder and howling winds. As the storm approaches, the thunderclaps come faster and faster, then slow down as the storm passes. After the final rumbles, a solo clarinet, followed by a solo horn, lead into the “Shepherd's song: Happy and thankful feelings after the storm.” Instead of a traditional rousing Finale, the bucolic scene ends with the shepherd's pipe figure fading away into the distance.

Beethoven started to work on the Symphony in the summer of 1807 and finished it in June 1808. It was premiered at a concert (Musikalische Akademie) of his recent compositions in the Imperial Theater in Vienna on December 22, 1808. The program, which was over four hours long, also included the premiere of the Fifth Symphony, the Fourth Piano Concerto, the concert aria “Ah Perfido,” some piano improvisations by the composer, three movements from the Mass in C major and, to top it all off, the Choral Fantasia, which Beethoven composed as a grand finale to the occasion. Such monster concerts were the norm in the early nineteenth century, with people coming and going in the middle as they pleased. Not surprisingly, few stayed for the duration.

The gentle atmosphere of the Sixth Symphony is in sharp contrast to the high-voltage intensity of the Fifth, completed only a few weeks earlier. Although Beethoven fought, quarreled and argued with everyone, friend, foe or patron, with nature he was at peace.

The four most clichéd notes in classical music were once the most revolutionary. For the first time a rhythm, rather than a melody, became the main subject of a symphonic movement – and not merely as a first theme to be stated and picked up again for a while in the development and recapitulation sections. Beethoven wove the rhythm into the entire fabric of the first movement, and subsequently into the rest of the Symphony. The motive first appears as a repeated demand, subsequently expanded into a genuine melody in the first theme. It recurs as a throbbing accompaniment in bass and timpani in the second theme, all the way to the final cadence of the exposition.

Such an original symphonic structure did not come easily, especially to a composer who lacked the ever-ready melodic genius of a Mozart, Bach or Haydn who all produced copiously on demand. A collection of the composer’s sketchbooks bears witness to the lengthy and often painful gestation of some of his greatest music. The Fifth Symphony took four years to complete, between 1804 and 1808. But Beethoven also had to eat, and during those four years he also produced the Fourth Symphony, the Fourth Piano Concerto, the three String Quartets Op. 59, the Mass in C and the Violin Concerto.

Because the Fifth Symphony is now so familiar, it is difficult to think of it as innovative, but it was not only the integration of the four-note rhythmic motif into the entire fabric of the first movement that was new. The second movement, Andante con moto, involves its own kind of novelty. It is made up of two short juxtaposed, contrasting themes: the first in dotted rhythm in the strings, the second a slow almost military theme in the brass. Beethoven produces from the two themes a double set of variations. And it should be noted that the second theme contains within it in augmentation (in longer note values) the germinal four-note rhythm of the first movement.

For the Scherzo, Beethoven again prominently takes up the motivic rhythm in the horns, this time in augmentation. The Trio is a fugue. The repeat of the Scherzo theme is scored for clarinet and bassoon over pizzicato strings playing pianissimo.

Symphony No. 5 has frequently been referred to as a struggle from darkness to light, but it is a commonplace that has palpable grounding in truth. Not only does the symphony begin in C minor and end in C major, but there is also the magnificent transition between the third and fourth movements, a kind of sunlight breaking through the clouds with violins stammering over the timpani as it throbs out the motto. The emergence into the triumphant Finale paved the way for the symphonic writing of the future, including Beethoven’s own Ninth Symphony, Mendelssohn’s Third (The “Scottish”) and Brahms’s First.

Every season, the SC Phil selects a group of charity partners from the Midlands to help raise awareness for their causes. Transitions and Serve and Connect are the featured charities for the Beethoven + Blue Jeans performances.